This report is accessible from the Build module.

Build History Report contains the list of build sessions initiated in a given time period.

Each build session is defined as an initiated manual or automatic build for a commit under a branch of a build profile.

The duration indicates the minutes spent by the build agent for the specified build operation. This value only includes the actual duration that the agent was active, including the agent boot duration but excluding the queue wait duration.;

The date and time are displayed in the current timezone. 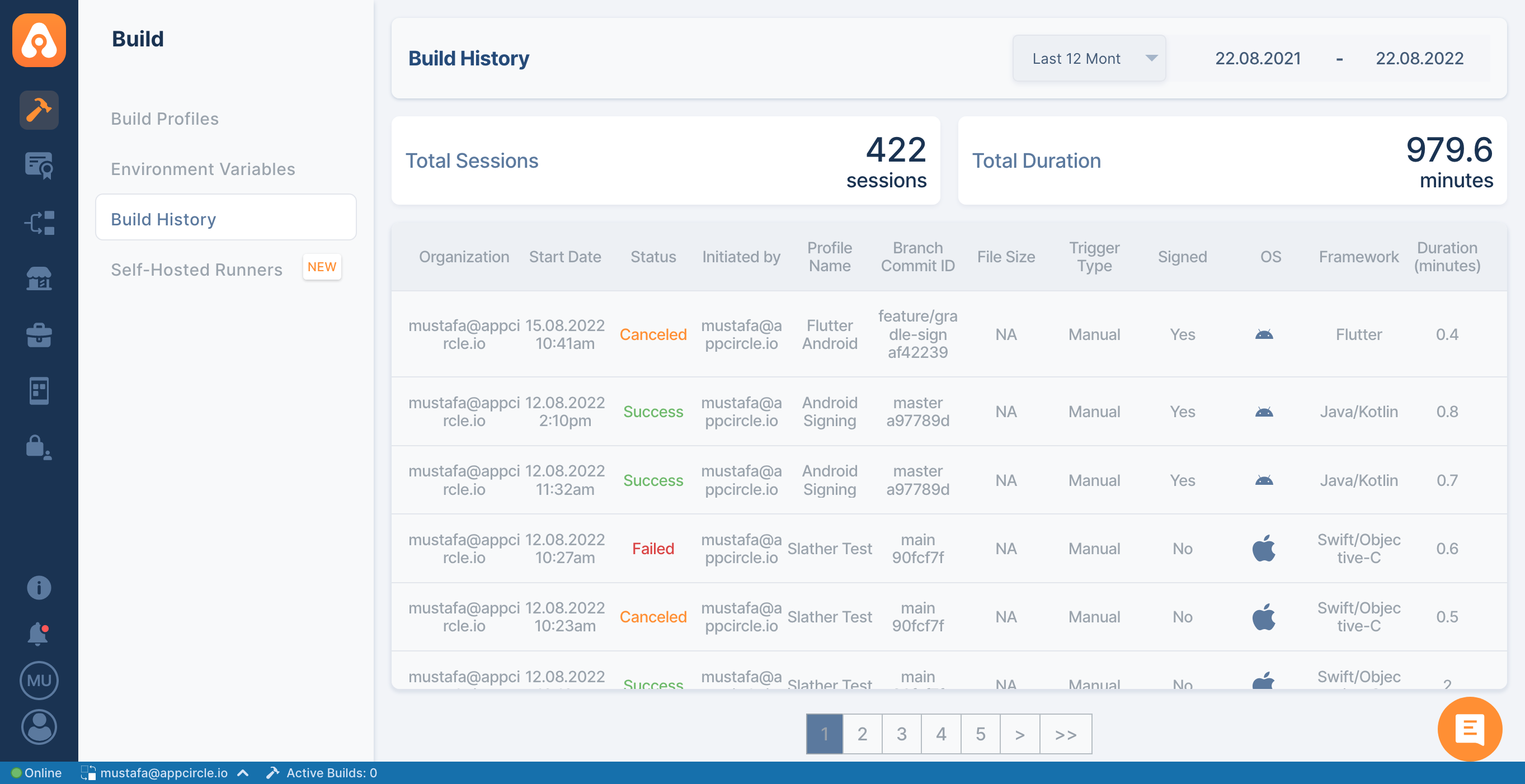 This report is accessible from the Signing Identities module.

The Signing History Report contains the list of builds selected for signing in a given time period.

The date and time are displayed in the current timezone. 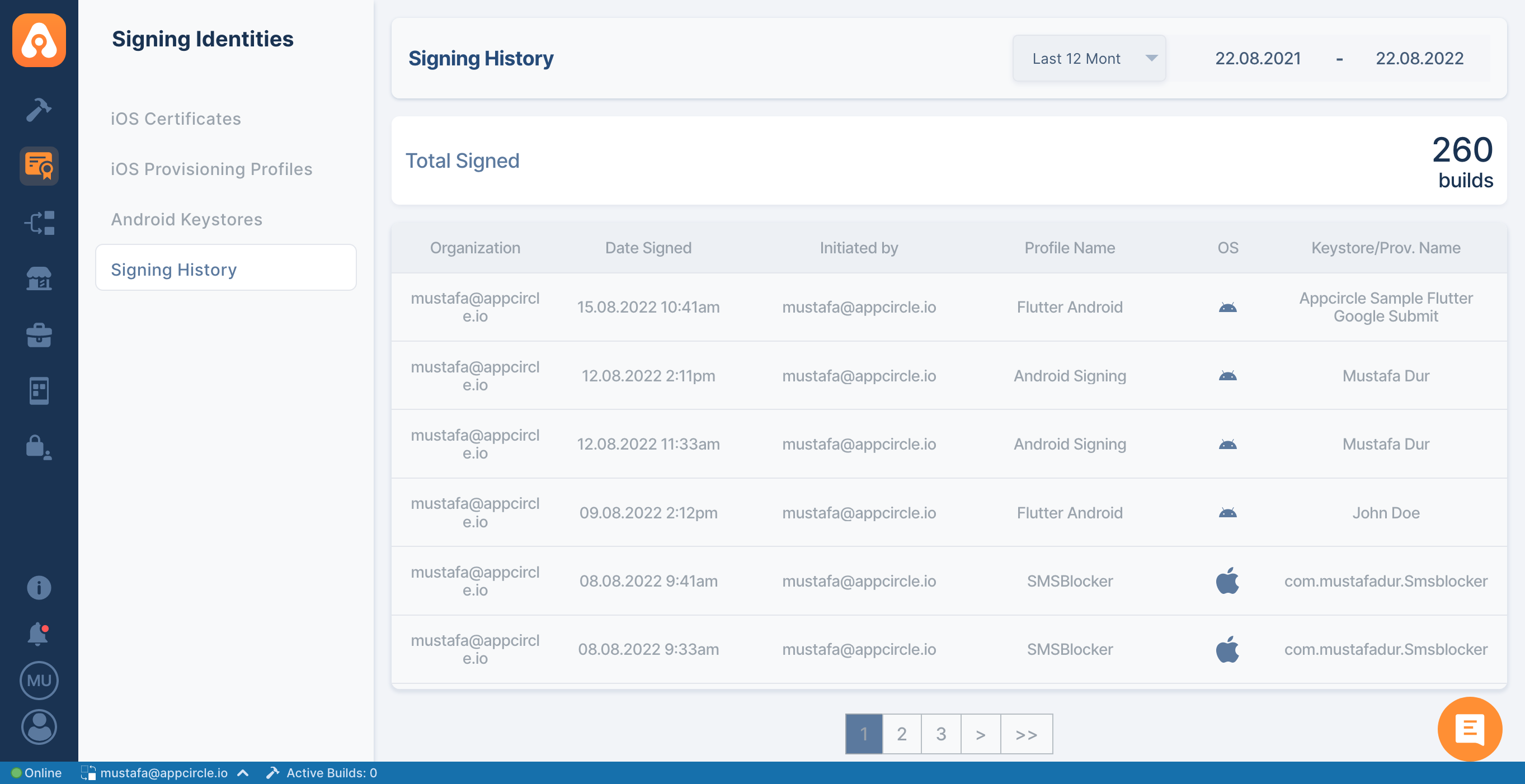