In order to manage version code and version name with Appcircle, two requirements must be met: 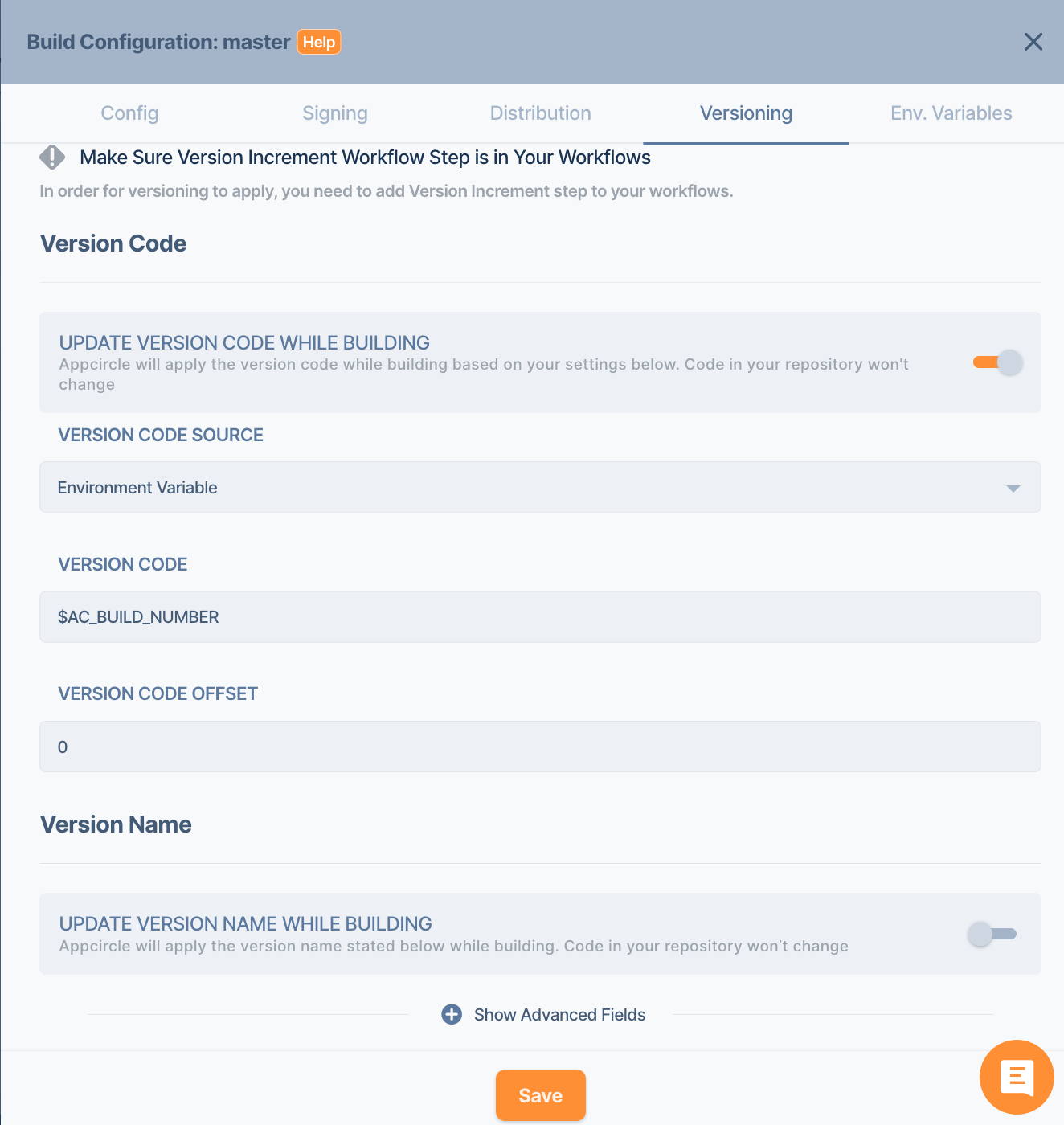 Gradle files are written in Groovy language. Therefore it can use functions or environment variables during the build. This component doesn't cover all the edge cases. Please test your workflow thoroughly and make sure that it works as intended.

If you select Gradle, the version code will be read from build.gradle file. If you want to use different flavor, please set them in the Advanced Settings section.

If you select $AC_BUILD_NUMBER as your version code source, the version code in your project can be different. To synchronize version code, you can use the offset. The offset value is a number to be added or subtracted from the Version Code Source. Negative values can be written such as -10.

If you select Gradle, the version name will be read from the given Android project.

To synchronize version names, you can use the offset. The offset value is a number to be added or subtracted from the Version Name Source. Negative values can be written such as -10.

You can increase the major, minor, or patch value of the version name. For version name 2.5.1, values can be summarized below.

This component works on standard build.gradle files. If you use flavors in your build.gradle, you can set the flavor name. However, please be aware that flavor support is not foolproof. Due to dynamic nature of build.gradle file, it may not cover all the cases.

After the version code or version name update, new values will be written to two environment variables.

You can use the above values in the remaining steps of your workflow.

The versioning system works by consuming environment variables. Even though it's easier to configure it by using UI, sometimes you may want to change them on the fly. Your commit messages or tags can be used to override those settings. The name of the variables and expected values can be found below.

Let's see a couple of ways to utilize those values.

Just add this script as a custom script above the Increment Android Version Component. The type of the script must be set as ruby.

Appcircle will apply the version code while building based on your settings below.

Appcircle will apply the version name while building based on your settings below.